I Have Thin Privilege. Do you? 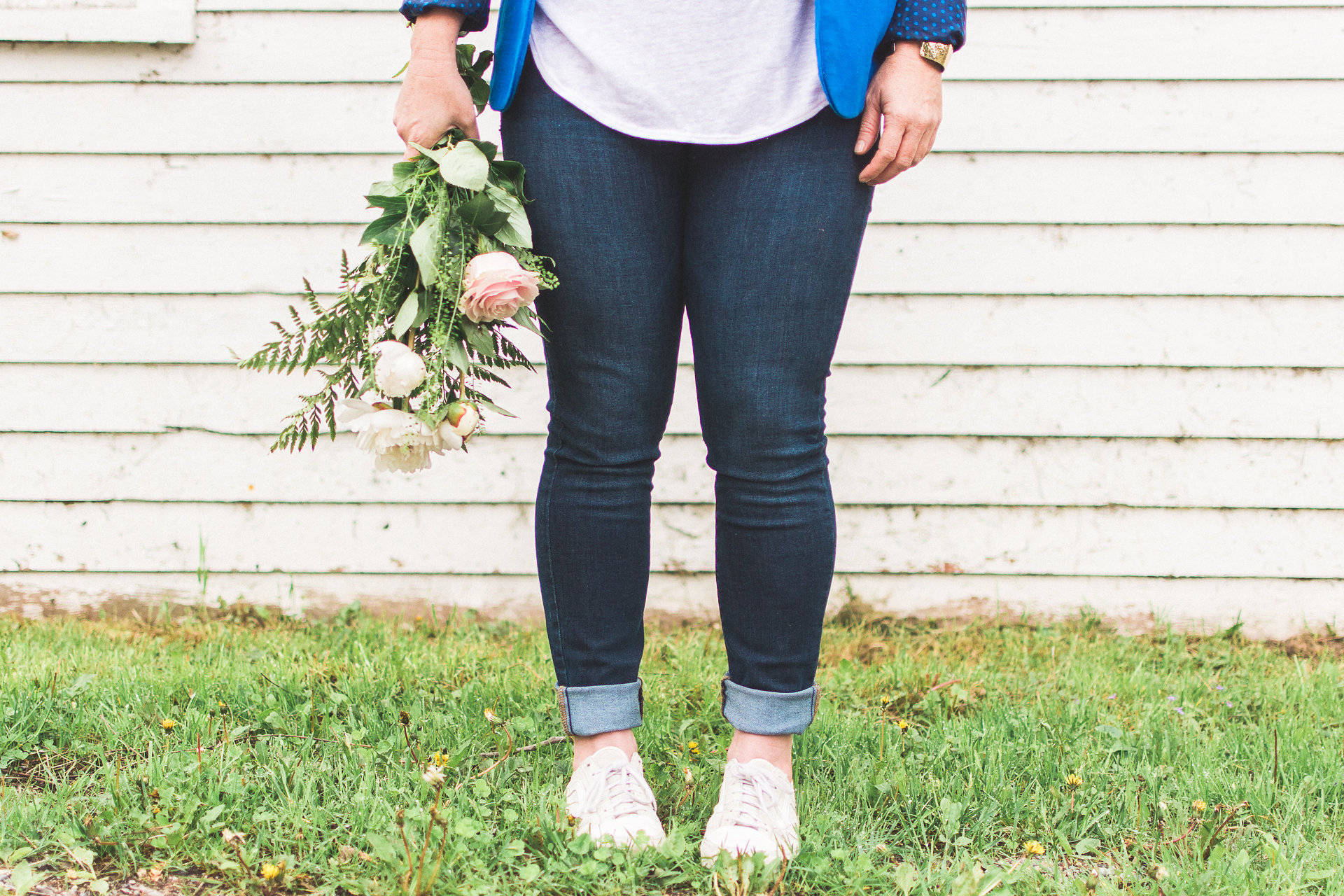 {Note: this post was originally published on July 11, 2018 and is just being re-posted to this platform}

I've been offering myself up: my story, my education, my clinical experience, my mistakes, my learning...and sometimes my photo to help benefit the women (all humans really) around me who struggle or have struggled with food, weight, and body image. I try to be a strong, clear, inclusive, voice in the #bopo community but it's come to my attention that I might be failing in one specific area - the identification of my own thin privilege. The kind of privilege held by many women in the body positive world, some of the women I work with, many influencers, and many women who follow me here on social media.....so I thought I'd take a minute to shake this out a bit.

Okay, okay, okay...I know what happens when "privilege" is mentioned - hoards of angry people start shaking their phones and screaming - whaddya mean PRIVILEGE. I've got problems. You've got problems. And wait a minute....YOU'RE NOT EVEN THIN!!!!

Yes, you are right angry hordes, I am not that thin and we do all have problems....but I think maybe the term Thin Privilege needs to be defined before we start the conversation.

Thin privilege - to be clear - does not mean you don't struggle with your body or food. It does not mean that your life is easy or that those around you support your food/exercise/health decisions. It does not mean that you perceive yourself favourably or that you have any kind of body confidence or self-confidence...it certainly doesn't mean that you don't have people in your life (or strangers!) who speak negatively about your body/weight/looks. I know plenty of thin women who have been flat out harassed because of their size and the last time I saw my sweet old grandpa the only thing he said to me was "Hey! You've gotten fat!!!". It was lovely.

Thin Privilege is bigger than that though (again, not denying that those in thin bodies are also hurt by the body shaming culture we live in) because if you have thin privilege it means that you are in a body - subjectively defined as acceptable enough in our society to not suffer from SIZEISM. Sizeism refers to a unique problem suffered by those in fat bodies whereby they are judged negatively about who they are/their personality/intelligence/health/food habits/activity level etc.....all based on external appearance AND there are respected systems in place in our culture that actually perpetuate and reinforce these beliefs (well documented in the medical system, in courtrooms, and in hiring processes).

From a recent article by Melissa Fabello in SELF on Skinny Shaming vs Fatphobia: (check her and this article out!)

As Sonya Renee Taylor, author of the new release The Body Is Not an Apology, explained to SELF, “While someone may tease a thin person, thin people are not disproportionately misdiagnosed as a result of medical fatphobia. Collectively, people are not paid less, hired less, or systemically harmed and discriminated against for being thin.”

Some ways I know I have thin privilege:

You don't need to feel bad about having thin privilege, if you fall into this category. All bodies deserve love and respect - BUT life is a bit (sometime a whole fucking lot) easier, when you are thin in this culture. It's only when that privilege is unchecked, which is to say when we are so IN our privilege that we can't see the marginalization of others, that the problems begin. Which is why I needed to take a hot minute to identify that, in the grand scheme of things, my body is considered fairly acceptable in this crazy world and so, while I educate women of all sizes on normalizing their relationship with food and their bodies - I identify that those in bigger bodies than mine have additional challenges. That the world is harder. That they are up against, not only their own skewed negative perceptions of their bodies but culturally accepted shaming that isn't just going to go away - even when they do the work of making peace with themselves.

Before you get into YEAH, but skinny shaming exists!!! and What about health??!!

Let me say this....this is not a simple or easy conversation but:

1. Not all biases (despite being harmful and damaging) are the same. Thin women being shamed or bullied is NOT the same thing as the systemic oppression suffered by those in fat bodies. Again, google the Self article I referenced above!

2. I hope that if you've followed me for this long you know that the fat = unhealthy argument just doesn't hold up - and it certainly doesn't hold up as a reason to dehumanize another. Please check out the Health at Every Size Movement.

Last thing I'll say is this, I'm medium sized. I'm not a size 0-2-4-6 and I'm not a size 18+....and I've been finding it hard to find my footing lately. How do I fit in to this #bopo world? Where is my representation? How do I benefit from thin privilege while also feeling affected but some mild aspects of sizeism? - it's something I'm exploring and I'll write about it in a separate post as I believe it's a completely separate subject - but I do think that my own sorting and sifting led to the lovely follower message that has pushed me to talk about this, not just in my private groups or sessions (as I often do!!) but also here on social media. I hope you'll stick with me as I sort through it - allowing me to "write in pencil" (that is, occasionally make mistakes) as I figure this out!